Cool Cafe was one of the first coffeeshop in Tawau that made pearl milky tea available. Today, they have the entire range of pearl milky tea, iced fruit juice, ABC and the ever popular green tea. They are also famous for their Tawau Soto, widely acclaimed as one of the best Soto in Tawau.

Cool cafe is located at Fajar Cemmercial Center in Tawau town, in the middle of Tawau’s commercial district. Not only is Cool cafe easily accessible during break, lunch and tea, they also do take-away.

Cool Cafe, a coffeeshop in Tawau specializes in Soto. Soto is an Malaysian soup with rice vermicelli, cucumber, egg, and meat. It comes in many variety, and this dish is common in Malaysia, Indonesia and Singapore. The soup is made up of a secret blend of herbs and spices, and it is the soup that makes Soto unique. Some people also squeeze a little lime juice, or add white vinegar, or soy sauce to give it additional contrast.

I recommend the Tawau Soto with Prawn balls when you get there. This is made with whole prawn, and this is the only place that has this. The Soto is also available with beef or chicken, but go for the prawn ball. You can choose which type of soup you want, they have a choice of the Soto soup which is spicy, or the clear chicken soup which is a light broth. If you like something a little spicy, go for the Soto soup. I can’t really describe it except to say that it is what Soto should taste like.

Note: The chilli sauce in Cool cafe is also widely acknowledged to be one of the hottest chilli sauce found anywhere in Sabah.

They also sell Toast with Peanut Butter, Butter or Chocolate spread. This is a one inch thick slice of bread, toasted in an oven and topped with a thick layer of spread. The bread is more than an inch thick. You can call up them up and order, but you will have to collect the order yourself.

18 years in retail management and operations, at both the store level and headquarters level. Currently, works with local business owners in Sabah, provides internet marketing and builds websites. 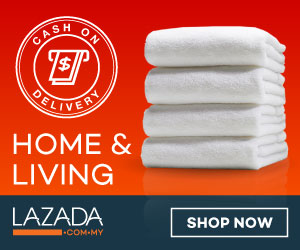